High Plains Drifter is story of a whimsical stranger who arrives in Lago Town. Is he helping the town? Or ruining it? Like him or hate him, But you must watch him. 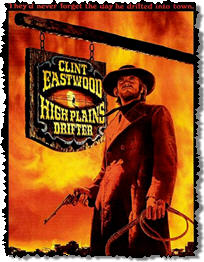 Clint Eastwood shines in High Plains Drifter. This is the first western movie Clint Eastwood directed, and it stands up to his name.

High Plains Drifter is one of those western movies which at first didn’t stir up the critics’ camp, but eventually has gained its true mass like a rolling snow ball and got itself recognized as one of the best western movies ever made.

In High Plains Drifter here you will notice resemblance with the work of Sergio Leone and Don Siegel, two directors who had made a number of notable Clint Eastwood Westerns. The result is one of the classic western movies of all time.

A small town named Lago is under threat from outlaws who are expected to be released from Yuma prison in few days. And a stranger with no name (Clint Eastwood) rides down the high street slowly and meanly.

Both the stranger and the town evaluate each other through eyes. (Camera work with a background score) And we get it instantly … a trouble is to be unleashed.

He calmly and disdainfully drags himself to the saloon where a few goons are waiting to tease someone. An awkward silence indicates brewing tension in the atmosphere. But wait…it is just the opening of the movie. Goons ‘greet’ our stranger with sarcastic comments and he leaves the bar.

..only to find them following him in barbershop. Without much provocation the stranger shows the three outlaws door to hell and brands himself “not-to-mess-with-guy“.

Are you thinking the town has found its savior?

hang on amigo! Don’t idolize him yet.

Clint Eastwood plays one of his nastiest characters in High Plains Drifter. ‘The Stranger’ is again a mysterious character who seems to be a ‘man with no name’ from earlier Clint Eastwood Westerns . You watch him move like a beast and hiss like a snake. From the very opening of the movie he keeps you unsure about his mortality. The stranger kills without thinking, rapes without hesitation and sleeps with married women without fear.

As the movie progresses, a nightmare showing a man being beaten by whips occurs again and again. You see the man screaming for help and a paralyzed town in silence. Now, back to reality.. the goons the stranger killed in barbershop were the men hired by town people to protect them from soon-to-be-released outlaws. With their death town is under threat like never before.

With no apparent solution, town hires this stranger to protect them. But this protection doesn’t come free. This High Plains Drifter has a few wicked plans of his own. He turns the town upside down with his whimsical ways.

He makes the town suffer whenever he is pleased.

Soon you find that the town people and the three soon-to-be-released outlaws are linked by an illegal mine; town had hired them to assassinate the previous town marshal when he discovered ‘something’ illegal about the town people. The felons openly whipped the marshal to death. The townspeople framed the murderers for theft from the mine to keep them mum. You later learn that Marshal Duncan was buried in an unmarked grave. Now all Clint Eastwood Westerns have that famous nostaglic touch. Haven’t they?

The question that has haunted the townspeople through the High Plains Drifter – who is the Stranger? Is he a knight in shining armor or the ghost of the dead sheriff? Or both?

Town is confused. Have they solved the problem or they hired the ‘problem’? By this western film’s end, the town is in ruins and many of the citizens are dead or missing, although the men the town has feared are dead.

Movie rolls and you find out the message slowly but definitely. Pay attention to the end. Leaving town, the Stranger encounters Mordecai finishing a grave marker apparently at the Stranger’s request.
Mordecai : I never did know your name.
Stranger : Yes, you do.

Mordecai is lost at the answer, and the High Plains Drifter disappears into the haze of the horizon. The camera moves over the grave to reveal the murdered Marshal’s name “Jim Duncan“.

So who was this High Plains Drifter ? Grab a cup of coffee and give it a thought !! 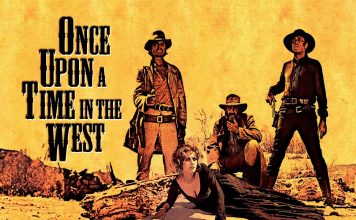 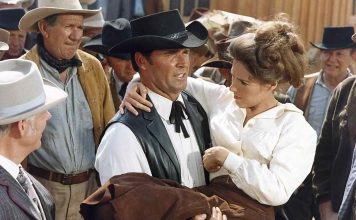 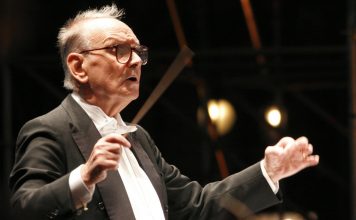 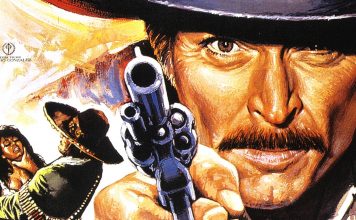 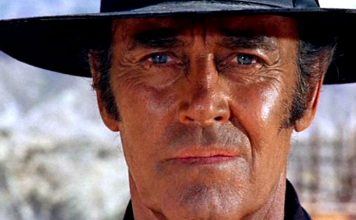 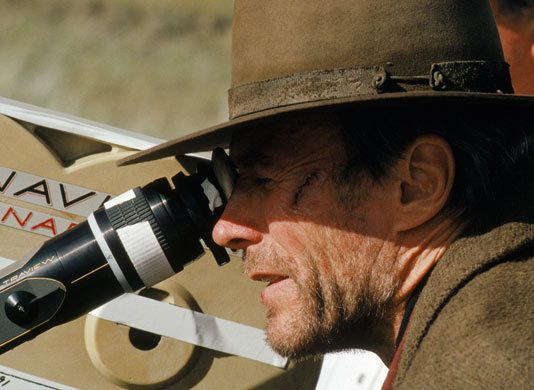 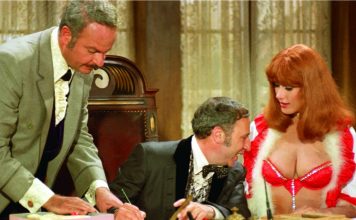 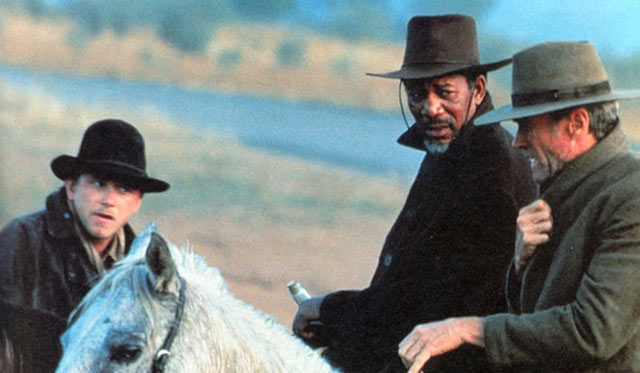 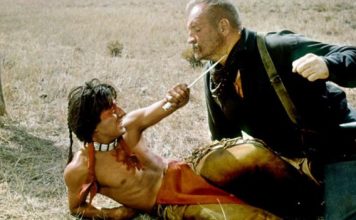 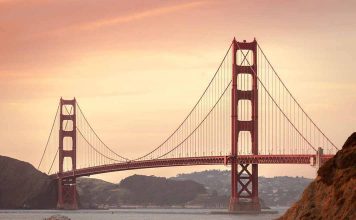