When a town of racists demands a new sheriff from the Governor, it gets its first Black sheriff in the west. And all hell breaks out loose. Review written by Scherpschutter.

Blazing Saddles is an above excellence movie in the list of western comedy movies. This is the Ultimate Western Spoof that has everything to burst out your laughter. It’s dark, it’s light hearted and it hits your funny bone like no other western comedy can.

With its farting cowboys, Yiddish speaking Indians, racist town folk and spicy jokes about blacks, Germans, Jews and Irish, this western comedy from the old school might be too modern and audacious to ever get a faithful remake. They don’t make ‘m any more like this, neither the film nor the jokes.

Mel Brooks knew his business. He knew a western comedy needed above all a series of recognizable genre elements.

Blazing Saddles movie is about a railroad, a land grabber trying to frighten decent people of their land, un unsuspected hero who helps the defenceless against the wicked and an alcoholic gunslinger seeking redemption. Does that all sound familiar to you?

It should, but in the politically incorrect hands of Mel Brooks and his fellow scriptwriters (one of them was Richard Pryor) these over-familiar elements serve to tell one of the most bizarre stories ever told about the Famous Far West. It goes (more or less) like this: The route of the Railroad has to be changed because it ran into quicksand, and will now go through a frontier town called Rock Ridge, where all inhabitants have the last name of “Johnson” (dear me, what happened over there?). Hedley Lamarr (Hedley, not Hedy) wants to lay his hands on the land by driving the Johnsons out with the help of a bunch of ruffians, led by the clumsy Taggart (Slim Pickens). When the townspeople ask the governor to appoint a new sheriff, Lamarr (Harvey Corman) has the brilliant plan to advice him to pick a convicted black railroad worker called Bart for the job (Cleavon Little).

Bart reckons the townspeople will be so offended by the sight of a black man appointed as their sheriff, they will abandon their houses, or sell them for a few bucks.

But the new sheriff is no fool (and besides he has no other place to go) and manages to outsmart Lamarr’s first secret weapon Mongo (Alex Karras), an incredible muscle man who, when addressed by a man on a horse, knocks out the horse, and Lamarr’s second secret weapon, the seductive singer Lily von Shtupp (Madeline Kahn). With the help of an embittered ex-gunslinger, an artist formerly known as The Waco Kid (Gene Wilder), he manages to scare off the rest of Lamarr’s men. 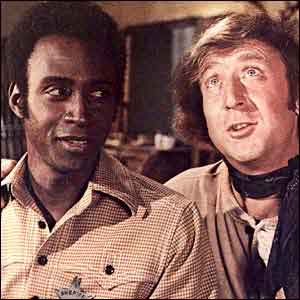 Although the premise is classic western stuff, there’s not much of a consistent story-line detectable in the script.

Blazing Saddles movie is more a series of burlesque vignettes than a movie, and as usual Mel Brooks throws in as many gags as possible (and even a few more).

Of course some of them (actually quite a lot) aren’t funny: the Hedley-not-Hedy joke is used a few times too often, Kahn’s Marlne Dietrich parody is far too protracted and some of those post-modern tricks (Korman talking to the audience for example), thought to be very hip in the seventies, come off as heavy handed today.

But some other jokes, like the farting cowboys and sheriff Bart’s arrival in Rock Ridge (the new sheriff is a Ni *BOING!) have become part of the collective memory of mankind and sometimes are so hilarious they’ll have you on the floor. The end is particularly fine, with the movie literally breaking through the walls of the studio, debouching into a another movie, a musical, and absorbing the cast of it: the final battle between the townspeople and Lamarr’s army continues, but is gradually ‘corrupted’ into a Laurel & Hardy kind of pie fight.

Mel Brooks originally wanted co-writer Richard Pryor for the part of the black sheriff in Blazing Saddles movie, but the studio was afraid of Pryor’s drug abuse.

Gig Young, who would play the Waco Kid, was fired even before filming had started, because he really was a alcoholic, and suffered from a delirium tremens. He then was substituted by Wilder, who probably gives the finest performance of his career as the intoxicated gunslinger (he says he must have killed more people than Cecil B. DeMille!), who shoots so fast the camera can’t even record the movements of his hands.

And watch out for Dom DeLuise in that grand finale! It’s often said that Blazing Saddles movie was a favorite of John Wayne.

When he was offered a role in it, he refused because the film was too disrespectful to the family values he (or at least his screen persona) was identified with, but he said he would be one of the first to buy a ticket. I don’t know if this is true, but I sure do like the story. It’s also sometimes said that the film, by mocking virtually every genre cliche, was partly responsible for the downfall of the western genre by the mid seventies. I can’t believe this is true.

The genre had already entered its twilight years when Blazing Saddles movie was made, and I can’t imagine any fan of the genre will be ‘cured from his addiction’ when watching this hilarious parody. Like John Wayne, nearly every western buff likes Blazing Saddles: it’s in most people’s Top 50 of classic western movies. 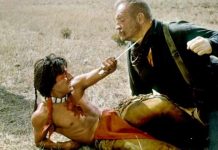 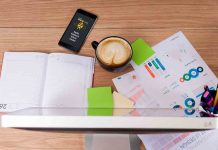 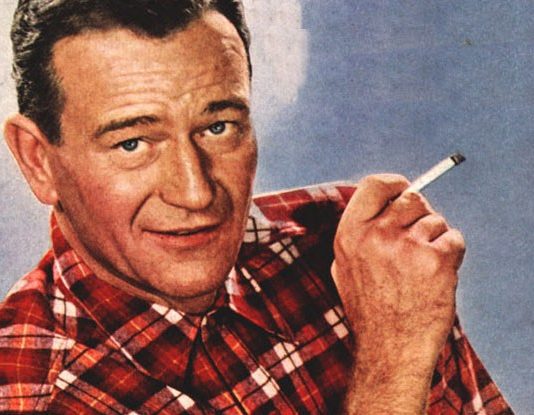