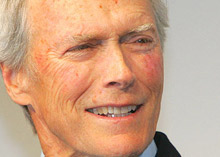 Clint Eastwood biography?….which one? Actually, there are so many books written on the man that you will be amazed to find out that not only millions want to read about him but seems millions are already out there writing about him. You just need to Google his name once. Such is charm of Clint Eastwood. Biography presented here will highlight some interesting facets of his life and work.

How old is he? 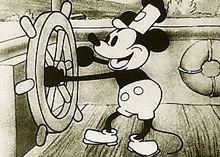 His life before his magnanimous stardom 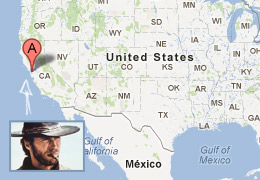 Clint was sent on earth by the God of gods Zeus himself just to make a statement ; ‘Real men don’t need cosmetics’. So a handsome (not cute) baby weighing 11 pounds 6 ounces (5.2 kg) was born in San Francisco, USA in 1930.

America was deep in depression those days and work was scarce. His parents moved a lot to earn their bread and butter before they finally made a camp in Piedmont, California. There he attended junior and then senior high school. You would be surprised to know that during his school days he took part in almost everything (mostly swimming) but school plays. So much for ‘an early bird catches the worm’..eh? 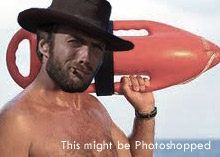 Instead, his early careers choices were  grocery clerk, lifeguard, hay bailer, logger, truck driver, steel-furnace stoker, paper carrier, forest firefighter and golf caddy. Clint Eastwood bio continues. In 1950, he enrolled in American Army and was stationed in Fort Ord, California. There he worked as a lifeguard. On his way back home, he performed his first manly move, escaping from a sinking aircraft and swimming 3 miles to safety. All those years of competitive swimming at high school suddenly came handy. Lord works in mysterious ways.

Clint Eastwood cowboy look which rocked Hollywood came out much later than tiny extra roles he played in B grade movies. He got on payroll of Universal Studio in 1955 , $75/week. His first movie was Revenge of the creature which came out in 1955 and Clint went unnoticed.

For next 3 years, he kept doing small roles came his way. In 1958, Universal Studio suddenly marked him off their list, reason – Your Adam’s apple is too big. Well, Clint used this off time for working out in gym and flaunting that hot bod during his swimming instructor job he went back to. 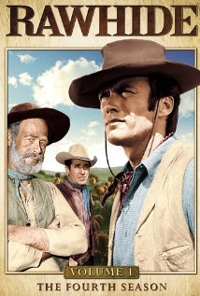 Back in those times, TV western serials were big hit. The day CBS was casting for a new TV show named ‘Rawhide‘, our man-with-no-name (then literally) bumped into a CBS executive in studio. The executive immediately popped the question “Are you an actor?” Apparently he found Clint’s look very suitable to play a cowboy. And Clint found his first prime role of Rowdy Yates. Just like that.

Rawhide eventually become a hit and ran for 8 seasons. As Rawhide grew so did Clint Eastwood. His role grew bigger and his salary too. Now he was earning $100,000 a year.

How a TV serial guy became an international movie star 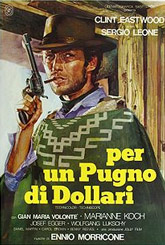 In 1964, Clint was approached by an Italian filmmaker named Sergio Leone to play a dark, stylish and unnamed guy in his low-budget Italian version of Hollywood westerns named A Fistful of Dollars. The role initially was declined by Henry Fonda and Charles Bronson. Eastwood made a good use of his breaks from Rawhide and took the role. They made trilogy of the Man with No Name in 1964, 1965 and 1966, one film each year.

Italy was not a huge film market so it wasn’t until when these movies were released in America in 1967, they took the audience by surprise. The trilogy was a big hit. Cool but morally grey characters with shifting loyalties, Ennio Morricone’s opera background score and a new kind of visual treatment by Sergio Leone were just awesome. Rowdy Yates of Rawhide became an overnight Hollywood sensation of main stream cinema.

Clint Eastwood Westerns : A genre he always did wonders in

Here’s a complete list of Clint Eastwood western movies. He got his stardom with westerns and he ruled the genre with an iron first. Read more.

Clint Eastwood quotes : The wise words he hissed between his teeth!

Here you get top 50 mean, witty, funny, intelligent, philosophical quotes of the man. The best quotes from Clint’s life and movies. Read more.

A complete list of Clint Eastwood films. So how many have you seen?

Clint Eastwood filmography in a timely and structured manner. When the movie was made, who directed it, who else worked in that movie and did it win any awards (Although for his fans, each Eastwood movie is precious) ? Read more.

Another independent Clint Eastwood biography is written by Patrick McGilligan, The Life and Legend of Clint. This book could be considered written in a hostile manner to Eastwood’s life and boasts of ‘revealing’ some information on his life which you won’t find in his official biography. The word on the street is, McGilligan faced a lawsuit when he released this book. 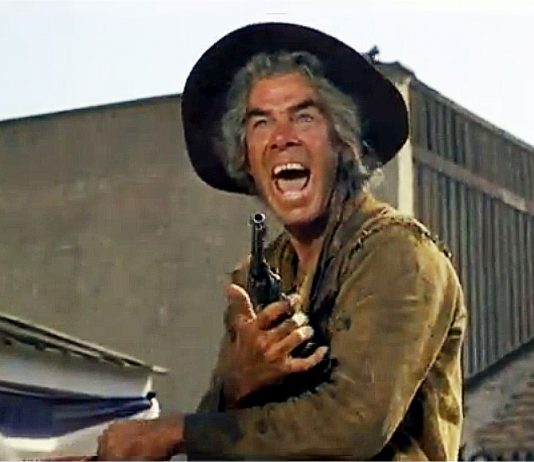